Over 50 million users use Tinder as a relationship networking app, which is a good indicator of how most of the people would like to initiate new connections today. Most likely f you ask an average millennial how much they like real life networking, they probably don’t feel thrilled about it. Millennials often find it difficult, uncomfortable, and lacking confidence to do it.

LinkedIN has a limit

LinkedIn has made it possible to be able to know the person’s background, skills and history before we even say hello. However, the missing part in LinkedIn, is the ability to discover new connections in an approachable manner. LinkedIn is designed to connect with the  people that you have likely already met or talked to. Any other connection with someone you do not know can feel rather awkward, or may make the person think you will try to sell them something. 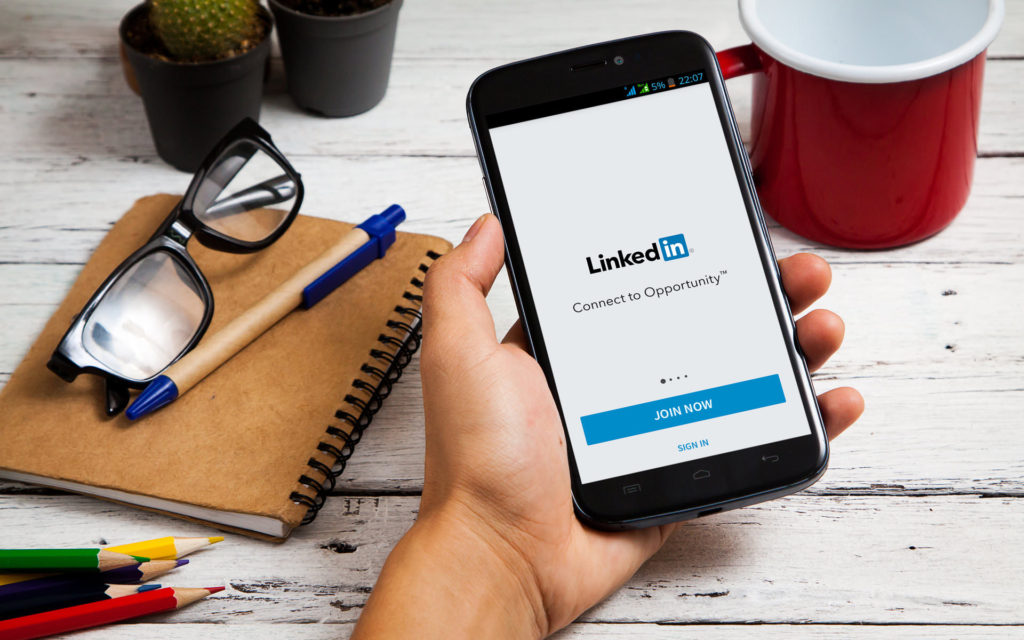 However, during a networking event you’re likely going to be in the situation, where you have little information about who’s in the room and why they are there. Therefore,  there’s no guarantee that they will be able to connect with someone in the industry or at a company they are seeking. So, how you can create useful connections and benefit from that for your business?

As we mentioned before, people have changed, where millennials want everything as comfortable and online as possible.

Worksup is an interaction and business networking app, that takes a new approach to professional networking. Using a smart algorithm, people can find their perfect “business match” by choosing interests they seek and offer. Much like the popular dating app, Tinder,  they can see their matches and decide if they would like to connect with their match. 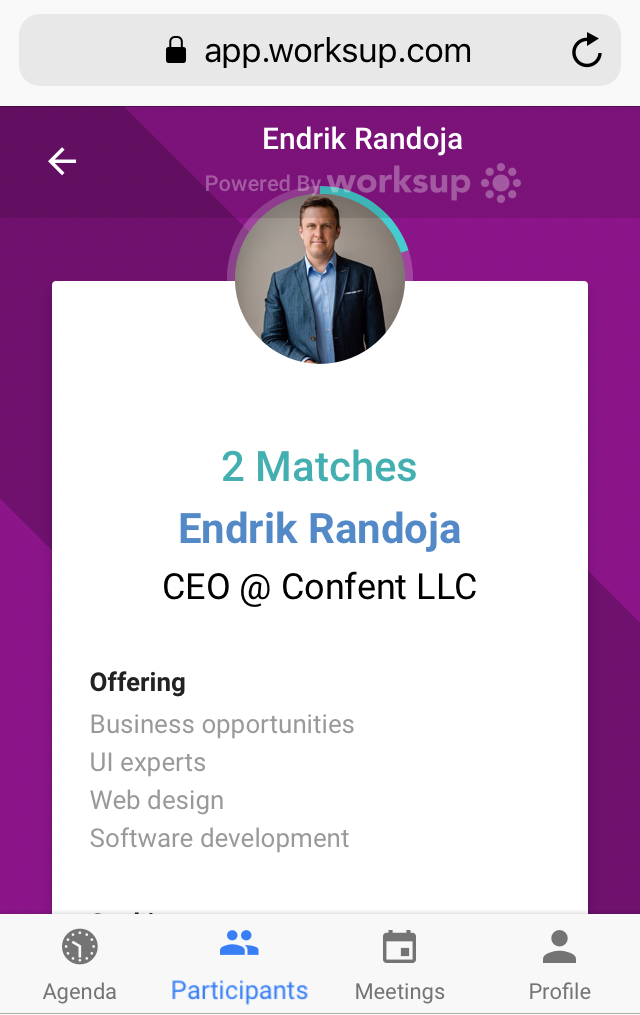 Networking during the events

What is great about mobile event apps is that if you use it for one unique event, you most probably will get the leads you actually need. As Tinder or other “Business Tinder’s”, it can get frustrating when you don’t find your perfect match as easily as you hoped for. But if you use networking and interaction app like Worksup before, during and after the event, you probably win more than just swiping left and right with other similar apps. For example, if you are managing a network event,  then it is much easier to make people connect before the event and reconnect again during the event. 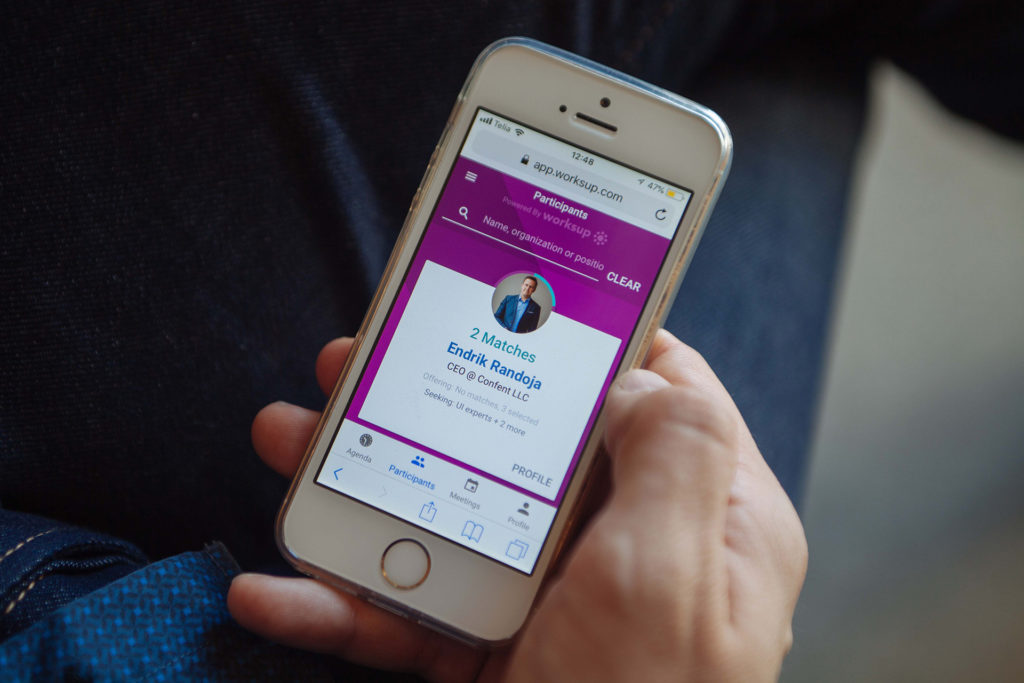 “Our goal at Worksup is to make networking so seamless and inspiring that it becomes a lifestyle,” says Endrik Randoja, the founder of Worksup.

Worksup event app is focused on being a professional networking app in a professional environment. Conference could give them further ideas and topics to discuss, not to mention, the chance to see each other in real life, thus, there is a bigger chance they can benefit from their meeting also after the meeting.

Worksup’s goal is not to get your business cards into the hands of as many people as possible. Our goal is to spark mutually beneficial conversations that evolve into long-term business relationships, says Randoja.